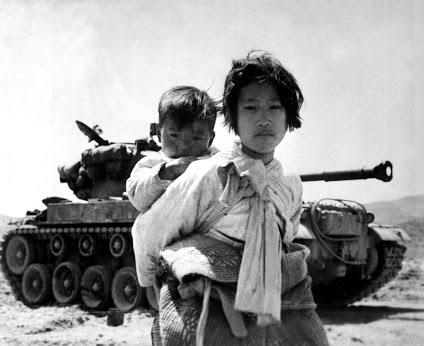 The sight before him was truly amazing. In all his years of travelling the world and visiting the ends of the earth; he has never been met by such a sight. He was transfixed to the spot held spellbound by what he beheld on his path. He thanked the gods, if they existed ,for the chance to come in contact with such an awesome and remarkable beauty.(the beauty was debatable)

The scene before him exuded strength and yet was surrounded by weakness and sorrow. In this one scene he saw the effects of war, the good the bad and the ugly. He saw the ravages of war on the populace but also saw the beauty of adaptation and survival as people thrived in this environment. Here survival was a reflex conditioned by influences beyond control.

He so wished he could capture the imagery as it was. He had a digital camera but instinctively he knew it will not do justice to the scene. And so he sat down and willed the image to be imprinted in his mind. So that everytime he saw the image, his mind will come alive with the nuances of the characters in the scenery.

Years later he will commission a painting to try and capture the essence of what he saw that day.

On this day the twentieth anniversary of that fateful sighting, the author once again narrated what he saw and what he felt twenty years ago.

On that day two decades ago, he saw strength coexisting with weakness, sorrow living with joy. He saw the strong being supported by the weak and the rich being fed by the poor. He saw children made parents and parents made childless. The paradox of that day was all encompassing as it was engaging. Even today he still could not forget the look in the eyes he saw. The eyes that held him spellbound and kept bringing him back to that little known place at the end of the world.

As the author ended his reminiscing, there was no dry eye in the room and everybody hugged themselves tighter because it seemed like a cold draft just blew across the room.

Dedicated to war survivors especially child soldiers scattered across Africa and the world. May your ordeals teach us to care.